Time for some photoblogging, today it’s about election posters in Baghdad. Enjoy: 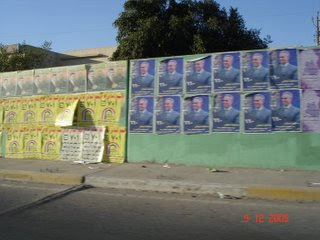 The entrance to a tunnel, plenty of space that wasn’t utilized last time. What a waste! 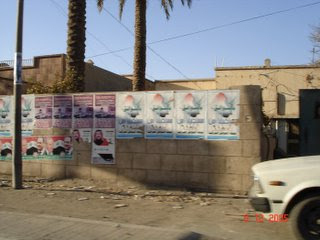 The poor house owner, he will have to repaint this wall, his only fault is that he built his house on a busy street. 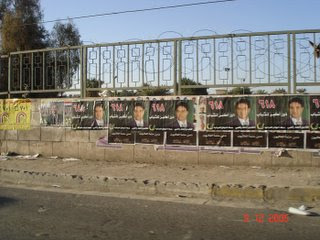 Three layers of posters on the same wall here.
Hey, isn’t this guy handsome? This guy is one of Iraq’s former soccer stars. He scored our only goal in the 1986 world cup against Belgium, will he score a goal in the elections? 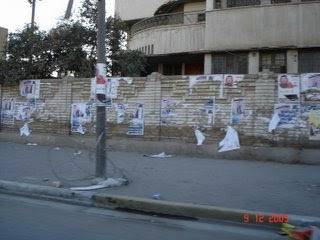 A twister must have passed by this wall, or is the wall being prepared for a new load of posters? 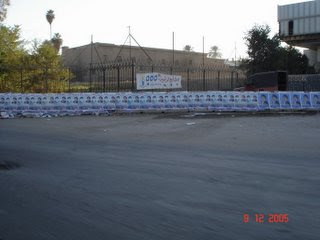 Turbans, lots of them! 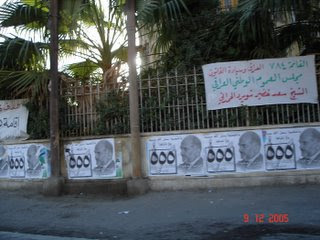 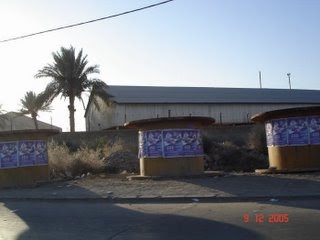 A brick wall or an old cable roll, I’m pasting these posters anyway. 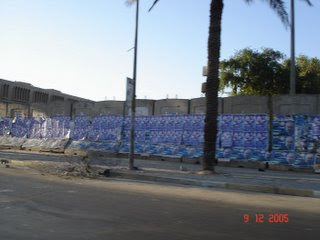 Security concrete walls are a place of choice for people in the business. 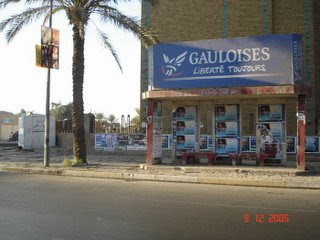 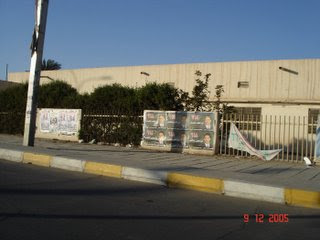 Little space, better than nothing! 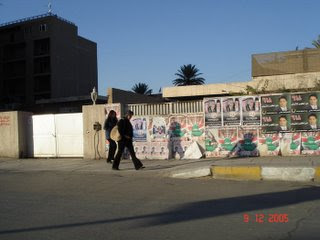 Err, well I guess this one was more for the chicks than it was for the posters. 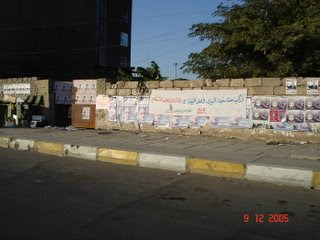 Quick, grab the glue can, the house master will come out that door in any second!
Posted by Omar at 13:18