The voting has begun! (updated) 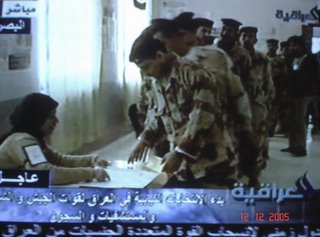 Voting in Iraq’s second parliamentary elections has begun this morning; this coincides with the deadline for all campaigning activities by all lists and parties who are required now to enter “electoral silence”.
The first votes are coming from army bases, detention centers and hospitals. 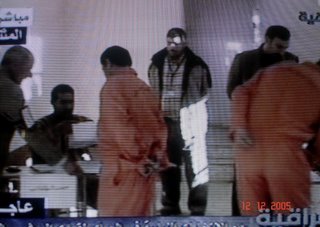 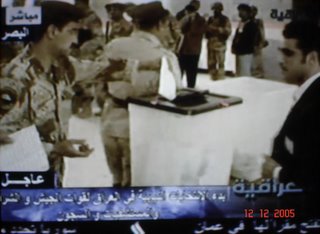 The presence of representatives from different political bodies was strong in the voting centers we have seen on TV so far. 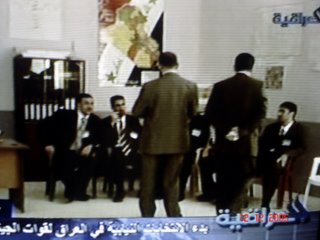 The political bodies used SMS technology for campaigning for the first time; more than 20 lists and parties sent hundreds of thousands of messages via cell phones throughout the country; I for instance received one of those messages.

Another form of propaganda war has been used recently; rumors were used to spread false news about several lists withdrawing from the election or joining larger lists.
Local media brought several such news headlines only to refute soon after, for example it was reported that three mainly Shiit lists-the 15th of Sha’ban movement, the Dawa movement and the Independent Technocrats list- have joined the UIA or withdrawn from the election for the benefit of the UIA. But the leaders of at least one of these lists appeared on TV to say that nothing like that happened.

The latest clarification from Ayatollah Sistani’s office was met by relief from many politicians and parties who were worried about having to compete with a list endorsed by the clergy.

The IECI made a request to the defense ministry and the multinational forces to suspend all military operations especially in Mosul and Anbar and it was reported that this request was answered by a promise from both parties to limit military operation to self-defense.

Also in this regards Al-Sabah published an interview with Abdul-Hussein al-Hindawi a senior IECI official in which he shed light on the state of preparation for the elections:
Regions Anbar province were classified into three categories:
1-Fallujah and eastern Ramadi: All voting stations will be open.
2-The rest of Ramadi: In this relatively unsafe region some voting stations will not be open.
3-Western Anbar: Hit, Husayba and Qaim, most stations will not be open.
Overall, 160 out of 207 offices will be functional on the 15th in Anbar.
In Mosul it is expected that all stations and offices will be functional. The governor of Mosul Dr. Kashmoola expected a 85% turnout in the province.
Mr. Hindawi said that the EU, the Islamic Conference and the Arab League “didn’t answer our requests for sending in envoys to monitor the election” but he also added that there will be 780 internationals to monitor the process and that a special team from the UN assist in counting the votes with the aid of a special computer system.

When asked about the expected turnout, Hindawi expected an overall rate of 68%.

The Iraq without violence network revealed that they have counted more than 220 incidents of electoral violence, most of which concentrated in the middle and southern regions of the country and they were mostly cases of tearing campaign posters and signs and were recorded against individuals rather than lists or parties.

Tomorrow Tuesday, voting will start for Iraqis outside Iraq in 521 stations in 108 voting centers hosted in 38 cities in 15 countries and on Thursday 7,000 candidates will compete in the nationwide elections, ballots will be cast in 6,200 centers totaling 32,000 stations overseen by nearly a hundred thousand monitors.

The IECI office in Babil announced that this morning more than 6000 policemen, 1700 soldiers, 500 detainees and prisoners and 650 administered patients have cast their votes.
In this province there are 660 candidates from 78 different lists are competing for the province’s 11 seats.
On Thursday, 749,000 voters will have the chance to cast their votes in 1581 station located within 273 centers under the supervision of 10,250 officials and in the presence of 20,000 representatives of political bodies. 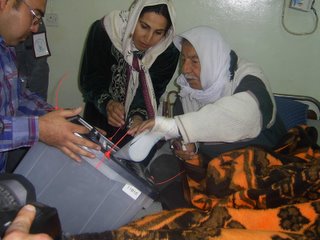 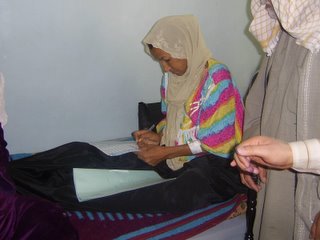