Smaller rats are on the way to trial too. 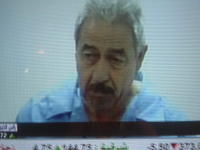 Earlier today, Al-Arabiya TV exclusively broadcasted another hearing session for the "Iraqi Special Tribunal" and this time the judges interrogated a number of Saddam's senior aides and the questions were concentrated on a few main cases related to the massacres against Iraqis especially in the South and in Kurdistan back in the 1980s and early 1990s.
Sources from inside the tribunal declared that they're planning to put the defendants to trial within the next 4-6 weeks.
The group that was interrogated today included:

-Ali Hasan Al-Majeed (Chemical Ali) who confessed this time that he led operations against "political targets" in the south when he was in charge of the Ba'ath organizations in that region.

By the way, Ali was a sergeant before Saddam promoted him to general and appointed him minister of defense!

-Watban Ibrahim Al-Hasan (Saddam's half-brother; a cop who became a minister of interior!). 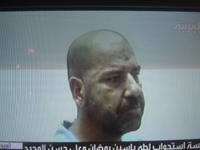 -Samir Aziz Al-Najim (deputy chief of the military wing of the Ba'ath and a former assassin).

-Ahmed Hussain 'Kdhayir (secretary of the presidency).
Barazan Ibrahim Al-Hasan (Saddam's other half-brother and chief of the Mukhabarat).

Update: Iraqi Expat shares his thoughts on subject and provides some links too.
Posted by Omar at 11:36