Iraq Requests to Buy $11 Billion Worth of American Arms 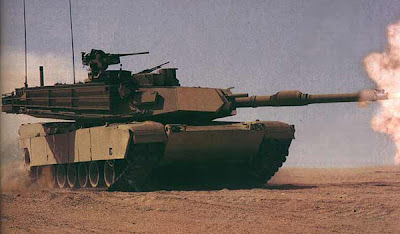 For the last few years, Iraq has been working to build its new armed forces with invaluable American support. In the course of the process Iraq purchased large amounts of arms and equipment from the US. But a tendency towards getting eastern bloc arms was evident, largely due to decades of dependence and familiarity with such arms.

This trend seems to be changing fast recently.

From time to time we hear about Iraq trying to strike some small/medium size deals to buy arms. The past seven days saw a spike in requests to buy arms; this time, all are American-made.
The Defense Security Cooperation Agency notified Congress of six major requests by Iraq to purchase arms, equipment and services with a total value of about $11 billion.

The memos state that these proposed deals will “not alter the basic military balance in the region”. But clearly the deals-when executed-will definitely change the military balance between the state of Iraq and its allies on the one hand and the terrorists and outlaws on the other…It will be another milestone on the road to build a true strategic partnership between Iraq and the United States as two nations fighting terrorism and building democracy in the middle east.

The deals have in fact been approved by the Pentagon.
Posted by Omar at 18:20

All pizza places of USA http://pizza-us.com/michigan/Warren/Little%20Caesars%20Pizza/48089/