They say a picture is worth a thousand words but sometimes I think that a well done cartoon is worth much more than that.
Today I’ve chosen 3 smart cartoons done by the today’s #1 cartoonist in Iraq, Khudair al-Himyari. In these 3 pictures published on New Sabah he sums up a great deal of Iraq’s present time and the problems that Iraqis are facing.
In the first one he mocks the Iraqi way of “dialogue”, the way that had been inherited from decades of violence, oppression and lack of trust:

There’s no difference between us but it’s only that like I listened to his point of view, I would like him to listen to mine! 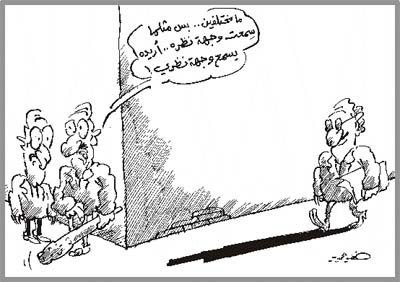 The second one mocks Iraqi politicians and their hunger for power and control.

Despite all the disputes, all points of view are still matching!! 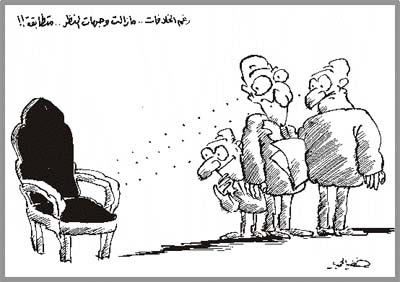 The third one makes fun of the generous promises of the government that never materialize:

The words on the two pumps read:
The wo’ood “promises” station (which as you can see has a hose pumping at full power) and…..The woqood “fuel” station (which is hardly dripping).
The guy on the left tells the one on the right to “come fill from here!” 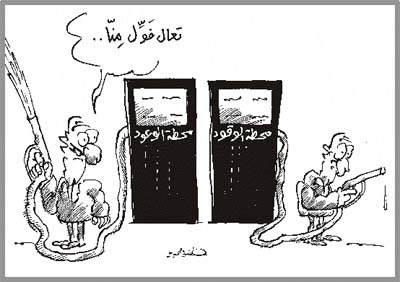