I've always had scary experiences with stray bullets falling from the sky.

A night of heavy rain and high winds last week knocked down the antenna through which I get my internet connection. The tower (actually it's a 6 meter-long metal pipe with a makeshift base of rusty bars) was hanging between the roof and the back yard and the antenna itself was smashed when it hit a wall.
Yesterday I went out and got a new antenna and in the afternoon I was preparing to put things back together and this part is what I particularly hate; it means that I should spend one or two hours on the exposed rooftop.

The chance for being hit with one of those falling bullets is of course small and takes a bad coincidence of time and place but for some reason our rooftop seems to be a bullet magnet that I collect an average of 3 bullets every week or ten days not counting the ones that fall in the garden and end up buried in the dirt. 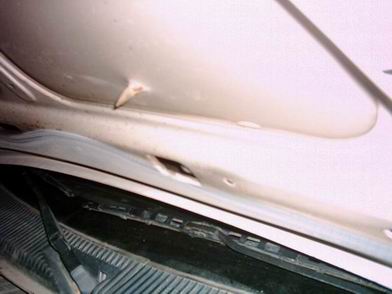 So I was in the middle of my task when firefight broke out about a mile away, small arms, machineguns, grenades were used. I immediately ducked at a corner thinking that was a safe spot. I lit up a cigarette and decided to wait it out. My idea of that spot proved wrong immediately when I looked around and saw two ak-47 bullets and a 9mm bullet in the very square meter I was sitting in. seeing the flattened tips of the bullets I realized that they must have bounced to the ground after slamming into the same wall I was leaning on. It's a corner, so there could be no other explanation.

I jumped on my feet and rushed downstairs, wasted a couple hours watching TV until the firing stopped, then I went back up and finished my work. But when I went down to check the connection there was none. Because by the time I finished fixing the antenna it was getting dark and apparently I didn't put it in the correct angle for reception.

Now if you're not familiar with the way we use to get our connection I'll describe here in brief….
Since having your own via-sat link is too expensive for the average household and since we have no DSL service most internet users in Baghdad use the Baghdad-style wireless. By wireless I'm referring to the connection between the provider and the antenna of the user, not the one inside the house. In other words one local provider would set up a via-sat link and puts up a transmitter on his rooftop and subscribers in the neighborhood would point their antennas toward the transmitter, the antenna through a cable sends the signal to an access point and then to the computer either through another cable or wireless depending on the type of the access point.

Back to my stray bullet phobia…Am I overreacting? I don't know but the frequency of incidents has definitely influenced some of my habits.

The other day I was reading in the garden, it's now a habit for me to spend an hour or two reading in the garden when there's no electricity. I put two chairs facing each other one to sit on and the other for my feet and I put my cigarettes, ashtray and cup of tea or coffee on a small table always on my right.

So I was just beginning my reading when I heard some volleys of fire and before I could even make a decision whether to get in or stay a .50 cal round hit the wall. I ran inside and waited leaving my stuff out. It was quiet after maybe ten minutes so I went back to the garden. Another two more pages and the fighting resumed and again another .50 cal round was there, this time hitting the palm tree.

Long story short, after more than an hour of running between the living room and the garden I finally gave up. So I went on one last mission to retrieve the book and cigarettes and continued to read inside taking advantage of the last fading rays of sunlight coming through the window.

I know this was a lot of whining on my part but I just thought it would give you an idea of some of the odd things about living in this city, or maybe because I'm pissed off that Mohammed was laughing watching me running back and forth like an idiot, or perhaps I'm using this as an implicit excuse for not writing more often. Heh.

Anyway, the connection is working fine now, relatively, and I'm about to finish the book I was reading; just some twenty pages left, so excuse me.
Posted by Omar at 06:34