The government issued a controversial rule a few days ago. The rule basically restricts the movement of vehicles on the streets of Baghdad, allowing vehicles carrying plates ending with odd numbers only to move on one day and allowing vehicles with plates ending with even numbers to move on the next day.
The rule which took effect yesterday was met by varying responses from the people as well as from some members the National Assembly who claimed that they knew about the new rule only from news networks.

The minister of oil said that the rule is aimed at controlling the fuel shortage and allowing smoother flow of traffic on the crowded streets of Baghdad.
On the ground, the new rule was not respected by all drivers; from 9am to 6 pm yesterday, 1400 drivers were given 30,000 ID (20$) tickets for violating the rule in Rasafa (the eastern part of Baghdad) alone.
I have personally noticed less traffic jams yesterday and this morning and there's a significant drop in fuel prices in the black market; the price of the 20 liters went down from an average of 5,500 ID to 3,500 ID while lines waiting at gas stations have gotten relatively shorter.

Most of the complaints are coming from taxi drivers since the rule will deprive them of half of their working days; others are concerned about they way they're going to be treated by the authorities in case they needed to violate the rule in an emergency situation like driving to the hospital for example.

The funny thing is that the rule supposedly had a bad effect on the sessions of the National Assembly; yesterday's session was cancelled because only 70 members (out of 275) showed up which is the lowest number ever.
Some of the members who showed up think that the new street rule was probably the reason why not enough members made their way to the green zone!

However, some think that the whole idea of odd and even numbers, whether on the streets or in gas stations was invented by... 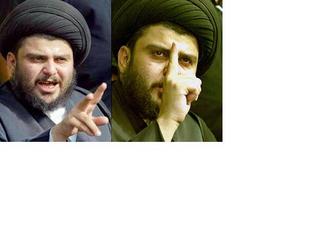